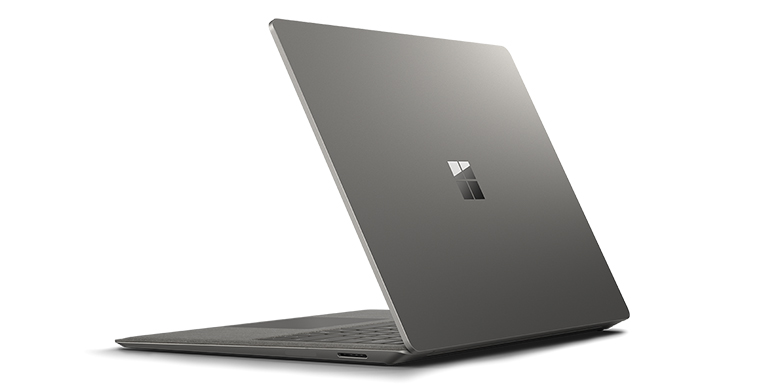 The latest addition to the Surface family, the Surface Laptop, is yet another fascinating machine designed by Microsoft. Every new Surface variant demonstrates Microsoft’s increasing dominance in the PC hardware space, with the Surface Laptop going a step further and taking a jab at the MacBook series from Apple. With a better price tag, an equally (if not more) attractive design, touch screen capability, similar specifications and an increasingly stable Windows operating system, Microsoft is certainly giving more reasons to ditch the Mac and switch to a Surface machine.

With just a month to its launch, this review examines the Surface Laptop to see if it’s worth putting your money on. 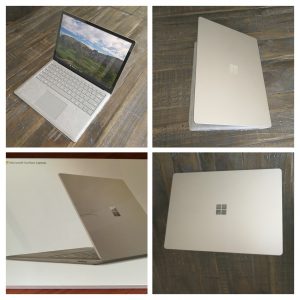 The Surface Laptop is a laptop in the literal sense. Unlike the other variants in the Surface series, it does not come with a detachable screen. This allows for a lighter and slimmer screen component and an equally sleek keyboard that makes you wonder where all the electronics have been fitted. This makes the Surface Laptop quite unlike the Surface Book, that despite having a fully functional tablet as a screen, comes with a hefty keyboard making the machine quite clunky.

The impressive look and feel of the Surface Laptop is not limited just to the built. It comes with a unique keyboard that is made of Alcantara®, which is an innovative microfibre material from Italy, used in high-end luxury goods. The keyboard looks stunning, something you don’t find in any other laptop series. The main concern with the keyboard however will be the degradation of the material over time and the ease of keeping it clean. The material is meant to be stain resistant but the true test will be with extensive usage. If you are a road warrior who uses their laptop in all sorts of working conditions, I would caution you about this keyboard.

The other distinctive design feature includes speakers that are not visible, but surprisingly loud, and a screen hinge that is virtually non-existent. The metallic body has an attractive finish, however preventing the body from scratches would be a challenge without using any skins, especially on the underside. There is a choice of four different colours in the Core i5 variants, but not in more expensive i7 series, which is quite strange. In the initial days, you will be lucky to find the colour of your choice without wait, as not all colours were readily available off the shelf in the first week of launch, even in the US. There may be a delayed launch in other countries as well. Offering more colours does add complexity to production and it would be interesting to see if the colour offering is sustainable in the longer run.

All these design features demonstrate the attention to detail when it comes to aesthetics, where the Surface Laptop gets full marks.

With configurations ranging from a Core i5 processor with a 128GB SSD and 4GB RAM to a Core i7 with a maximum of 512GB SSD and 16GB RAM; the Surface laptop is somewhat customisable when it comes to specs. The basic version comes at a decent price tag of USD 999 and the highest specs with goes up to USD 2,199. The maximum SSD you can get on the Core i5 is 256GB, so if you are interested in higher storage you must go for the highest specs.

While the price of the basic model may sound attractive, I would struggle to use a computer offering such low RAM and storage space. With no provision to add a SD card, unlike the Surface Pro & Book series, a 128GB system will soon get you quite frustrated on storage. The highest specifications on the other hand are a pinch on the wallet, so someone looking to buy the Surface Laptop on cash, would likely settle for the mid-range specs of 256GB SSD, 8GB RAM and a Core i5 processor. The lack of a SD Card slot is by far the biggest drawback of the Surface Laptop.

The Laptop comes with a 13.5 inch pixel sense display at a resolution of 2256 x 1504 pixels. The screen has a 10-point multi touch and is enabled for the Surface Pen. This combined with the Corning Gorilla Glass 3, makes the display clear and crisp while making the surface more durable and resistant to scratches. The display quality, the touch capability and the inclusion of a Surface Pen, gives the Surface Laptop an edge over Apple’s Mac series.

The best thing about the specifications is the battery life, which, Microsoft claims, can give up to 14.5 hours of video playback. A single charge could take you easily through a day’s work, letting you skip carrying a charger around. However, with my two weeks of regular usage in battery saver mode, I have not seen the battery go close to 14 hours, so I am not too convinced about this claim. Nevertheless, the battery is quite good and definitely runs more than 8 hours, which is above the average of a lot of other laptops.

The Surface Laptop comes with the Windows 10 “S” version. This version of windows binds your computer to the Windows store, which means you cannot install any software that is not in the Windows Store. This is by far the most impractical version of windows released, and is a lame attempt at imitating Apple and the strong linkage of their Mac OS to the App Store. The lack of everyday applications in the Windows Store means you won’t be able to use simple things like a Chrome browser on Windows S! The good thing is that a free upgrade to Windows 10 Professional has been provided till the end of this year. I am sure not many users would take too long to make that switch! Microsoft certainly need to work on their Windows Store catalogue, if they are serious about making Windows S a successful concept.

With two really good Surface variants, Pro and Book, already offering a fully functioning PC – tablet hybrid, was a laptop really needed? After intensely using the Surface Pro 4 over a year, I certainly agree to the need for a laptop variant in the Surface family. While the Surface Pro is a great machine, over time you do feel that it falls short on two key aspects – a comfortable enough screen size and the ability to use it in your lap, without the screen detaching from the keyboard and falling to the ground. The Surface Book was always an alternate to the Surface Pro, but with a bulkier design, it was not a great fit in both the laptop or tablet categories. Which along with a heftier price tag, makes it a less compelling offer. The Surface Laptop addresses both these needs in a compact and stylish machine that offers similar specifications on a lower price tag

Microsoft’s advertising for the Surface Laptop is seen to specifically target students and then professionals. The product imagery shows people carrying the laptop in their hands, putting it in everyday handbags, using it conveniently on a lap, on a bed and so on – all focusing on the extreme portability of the machine. After two weeks of usage, I can fully agree that Microsoft has nailed these two aspects and the Surface Laptop is a very strong contender in its category.

The Verdict – to buy or not to buy?

Is the Surface Laptop a convincing enough machine to make users switch from their regular laptop and more so from a Mac? Are there other better machines on the market that one should consider instead? Is the Surface Laptop worth putting your money on? Here’s my advice.

If you are not keen on buying a Surface machine, just for the brand name, then there definitely are other options available with better specifications and in a similar price range. The most notable is the HP Spectre series which has variants that offer higher specs in a similar or lower price, and a different, but attractive design. If you need more storage space, a higher processor, more RAM, and touch screen capability, in a thin good-looking machine, I would certainly recommend having a look at the HP Spectre series.

Then comes the ultimate question – to go for a MacBook or the Surface Laptop? This is indeed a difficult question. Apple loyalists are a die hard community and no doubt the Mac itself is a superb machine. Having used both, a MacBook Pro and multiple devices from the Surface family, I find all of them quite comparable on performance, when it comes to everyday use. Also, what Microsoft has achieved with the stability and performance of Windows 10, makes one no longer envy the stability of Mac OS X.

The decision ultimately comes down to your software usage. For a corporate worker, heavily reliant on Microsoft Office and related software, a Windows machine is always a better choice. While the same Office suites are now available on the Mac, somehow the Windows versions always work better. Hence for a Windows at work user, a Mac would only be a fancy machine to have as a personal computer and even after spending a fortune, you will always crave for a Windows machine – in which case the Surface Laptop is a clear winner!

The views expressed in this Blog are purely based on the author’s own experience with the service and do not represent those of any organization, including the one being reviewed.

The author can be reached through the contact me page.